This YA mystery series is probably something you should read on some cozy autumn afternoon in the coming weeks… Make a coffee the way you like it, and let’s read my thoughts about this book!

My thanks to NetGalley and Blue Moon Publishing for giving me an advanced reader copy in exchange for my honest and unbiased opinion! 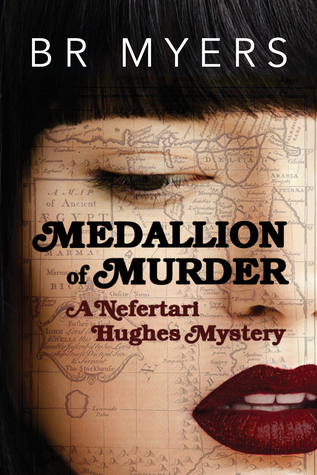 This book was a rollercoaster ride of expectations for me. First, I requested it, because it sounded like something I would very much like, even despite I haven’t read the first two volumes in the series. Than I felt for a relatively long time like it really would’ve been necessary to read those first, thus I expected it was gonna be like that all along. Then I found myself completely lost in this book, and enjoyed it so much!

As I said, the beginning of my journey through this novel started out rather rocky. I soon realized that this is only a half new story, and though I could mostly make out what happened before, this book isn’t entirely a separate arc of story. This made reading the first third a bit hard. I could tell I would like it more, had I read the previous books, and I kind of understood and appreciated the story alright. My only problem was that this way I felt a little disconnected. I liked it, but I wasn’t emotionally invested. And story-wise I was more interested in what exactly happened before than what was about to.

I don’t know what changed then, but a little time (and pages) had passed, and I realized I don’t want to put this novel down anymore. Somehow along the way I found myself being sucked in, I cared about the characters and the happenings, I felt everything I was supposed to feel.

This novel is well-written, keeps your attention, has good characters (though I could feel in this one that some of the development has already happened… they’re very clearly right in the middle of their journey), and this archaic Egyptian/superpowers/Illuminati ‘pairing’ seems original enough among today’s unreasonably countless YA fiction published. This one is definitely not a book unworthy of publishing/reading. It’s among the better ones!

Let’s give it a grade!

This book has a hint of many things that I like: mystery, history, fantasy, action, emotions… yet it doesn’t come off as trying too hard. It’s not chaotic or forced. It all seems natural, and I think that’s amazing! There were plot twists that I predicted, still it was not boring at all. By the end, I was genuinely interested in these characters and how things were going to turn out, and that feeling went beyond this book. It was able to raise my interest for the series even here, in the middle of it.

I do recommend this book, but I would suggest to read the series in order. It’s very interesting and by the end, it really becomes a page-turner. It’s a YA, but I think it’s worthy of reading by any adult, too, who likes action packed urban fantasies combined with ancient artifacts and curses.

The first thing that came to my mind was ‘Walk Like An Egyptian’ by Bangles. My brain is like that. I’m not sure it fits the atmosphere, though, it’s more like the theme.

The rating would probably be even higher, if it wasn’t my first volume in the series (so it’s my fault, obviously). Even in spite of that, I enjoyed it thoroughly, and I want to read the other volumes so badly! When I have time and money, I’m going to buy them. Hopefully, in the near future.

Have you read any books in this series? What do you think about reading a series out of order?

2 thoughts on “‘Medallion Of Murder’ by BR Myers”