Thanks so much to Consu @ Paper Eyed Girl for tagging me! It’s been a long time since I was tagged but I’ve been very busy, and as the time has been slowly approaching, I thought ‘why not post this one on All Souls’ Day’ (we call it The Day of the Dead here)…? It’s perfect. So, here it is!

This tag originally comes from Books in the Skye!

Here are the rules:

This is actually a funny story, because I’ve done the test on Pottermore several times, and the house I was sorted into has tended to change with time. I chose to stick with Hufflepuff, because it came out more times than the others, and it was also the most recent one. Well, it seems I’m not an easily stereotyped person! 😀 I’m sure the Sorting Hat would sit and think on my head at least as long as on Harry’s. 😀

Sirius Black – A book with the best father/mother figure

Okay, so… is it okay, if I stick with HP here, and I say Molly & Arthur Weasley…? I’m an only child and I was always fascinated with how well they manage such a huge family, and what a loving and warm atmosphere their home has.

Severus Snape – A book with a redeemable character

I’m sure there are many, but I decided to choose ‘The Last Day of a Condemned Man’ by Victor Hugo. Not because the main character, ‘the condemned man’ is redeemable, but because this book shows that, to an extent, everybody is redeemable. Everybody has something good in them, in their life, anything that makes it an unacceptable violation to take their life away. Even people with a death sentence. (Which they probably got for a reason.) 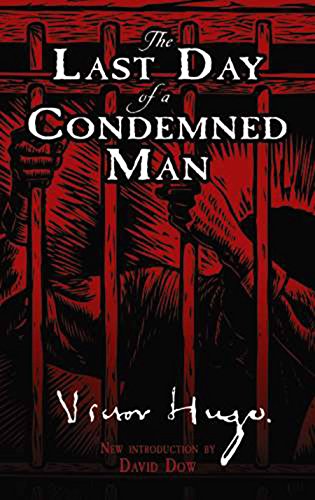 (I know this is not exactly the meaning of this point but this is where my thoughts took me, and I stick with it.)

Albus Dumbledore – A book with a great mentor/teacher

Peter Freund’s Laura series – I loved all the teachers/mentors she had! (This series was never translated to English, unfortunately. I talked about it in this tag, too: Book Tag: Book Blogger Memory Challenge ) 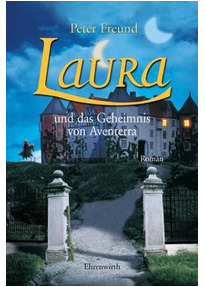 Hedwig – A book with a great animal sidekick

Thomas Brezina had a tween series about two young witches. I think it was never translated to English (I read it in Hungarian, but it’s originally in German). The series~ title was “No Jungs!’ a.k.a. No boys! (It was something like “no boys allowed” in Hungarian.) These two girl witches had an invisible cat! I loved the idea and I loved the cat. His name was Cosimo.

(Wow, I seem to have read a lot of middle grade literature that wasn’t translated to English and came from German-language countries! I didn’t realize that until now.)

Okay, so I was thinking about this a lot, and I’m sure there are a crazy amount of this kind of character, but I can’t for my life remember one. Nothing comes to mind… >< Anyone help me out here? 😀

Fred Weasley – A book with your favorite brother/sister duo

I don’t think I have a favorite duo, but the last one I read and loved was in ‘Ways to die in Glasgow’ written by Jay Stringer. I just loved the main character and her brother’s dynamic!

Nymphadora Tonks – A book with the best family feud

Romeo and Juliet comes to mind 😅😂

For some reason the first that came to my mind was Anne Frank (The Diary of a Young Girl)… but it just seems incredibly cruel, since she was a very alive, real person. Which makes this post a lot grimmer than I intended it to be, but it’s also important to remember. Remember that things like this happened, and there are places where similar things are still happening.

Remus Lupin – A book with your favorite shapeshifter

Is it cheating if my favorite werewolf IS indeed Remus Lupin…?

I Tag the Following:

Of course, there’s no pressure doing it, you don’t have to, unless you feel up to it! 😉 If I didn’t tag you, but would like to do this, consider yourself tagged!