I’m always a huge fan of mysteries but I feel like I read more crime/mystery/thriller books in the autumn… maybe it’s the cold days, longer nights, the whole atmosphere… Anyways, ‘Still Lives’ is another mystery book I read this autumn, and here are my thoughts on it. Grab a coffee, sit, read, and maybe then we can even discuss it! 😉

I got this book from NetGalley and the publisher Quercus in exchange for my honest and unbiased opinion. 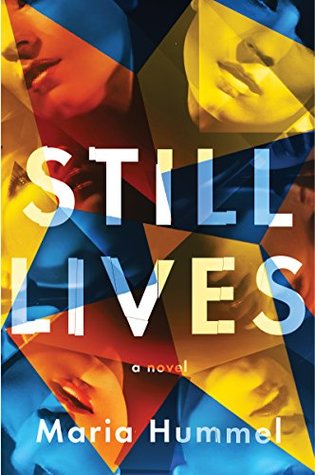 ‘Still Lives’ sounded very interesting and unique, the world of art and mystery both intriguing me, so I requested it on NetGalley. I was so happy to be approved!

I’m not sure what to say about this book. It happened to be exactly what is described, yet I somehow feel a bit disappointed. The idea itself I found awesome, but the execution could have been better.

Before starting this book I thought it was gonna be a fast, modern thriller. Well, it wasn’t. It was very much of a slow burner, and though I can love those, it really depends on my mood how much I feel like they’re my thing. In this case, I was completely happy with this up until like half of the novel. I was chilling in a house by the lake, with a cat, a view, my boyfriend and lots of hot tea and hot wine. It matched my mood perfectly. In the second half, though, problems with pacing became more apparent and I got annoyed. Nothing really happened until like 60% in the book, then epiphany after epiphany was coming – and then somewhere around 80-85% I felt like we know everything. And you know what? We did. Nothing really happened after that.

Regarding the ‘big reveal’, I can only say the same I said about the whole book: it’s a great idea, but somehow it didn’t really work on me. Storywise it was all well worked-out, rationally it made sense. I think the reason it didn’t add up at the end of the day was a problem with the characters. Here I had the same impression again: they were good ideas for characters, but that’s what they remained: ideas. They couldn’t come off the pages, they didn’t come alive: they were black-and-white paper-figures. Sketches. And that’s why the plot twist didn’t really work. I was surprised by how things turned out, but not because it was such a clever twist, but because the character that turned out to be the murderer was someone I barely noticed in the book. I know they existed and that’s it. I couldn’t care less for what their motive was. It felt unrealistic because the character felt so. What made this reveal more disappointing to me was that I sensed a bit of discrepancy between the motive and nature of the murder itself and the supposed moral of the book (that by the way was so painfully obviously thrown at the reader from time to time..).

Though these are a lot of things that bother me, I feel conflicted about this book. There were times when I felt like I was getting sucked in and I was enjoying myself, so it wasn’t all bad. Actually, I felt more fascinated with the artwork described than the novel itself. Then again, doesn’t that mean that it’s well written? At least in some ways.

Kim Lord’s art is something that I would so like to see in real life! I think that was the real strength of the book. The only parts I felt like it could at least partly transmit the atmosphere it was probably supposed to was when the paintings of hers were described.

Fans of the art world AND mysteries. Maybe. I think it’s better for those who care about the artistic ideas than those who are huge fans of mysteries.

I’m uncertain regarding this question. According to this book, I’m not sure I would like to read other books by this author, but her style wasn’t bad and I’ve read other people’s reviews who more or less said the same about this book as I did, and yet they stated they loved Hummel’s other works, so who knows. Maybe one day I will give those other books a chance.

Have you ever read anything by Maria Hummel? What did you think? Do you think I should read her other books, even if this one wasn’t my favorite?

I can’t wait to see your comments!