This is the second Christmas-themed book I’ve read just a bit before the holiday. I don’t remember ever reading Christmas themed book on purpose around this time of year, I thought it would be just as cheesy as the over-repeated Christmas sings playing everywhere since the beginning of November (!!)… but I was pleasantly surprised by how much I liked to read these.

To read my other Christmas book review, click to the following link: ‘Slay Bells: A Christmas Village Mystery’ by T.C. Wescott

I got this book from Amazon Publishing UK and NetGalley in exchange for my honest and unbiased opinion. 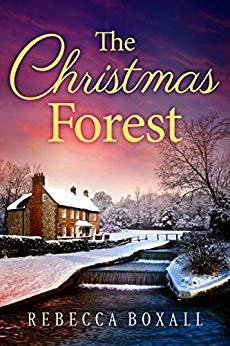 As I stated above, I downloaded this book from NetGalley because this year I thought it would be nice to read something festive, so I could get into holiday mood. I’m normally very picky about romance/women’s fiction – I love them, but there are so many too fluffy, too cheesy crap out there it’s hard to find one that’s truly amazing. The fact that the main character is someone with Asperger’s convinced me to read this one. I hoped this would be something different than all the others.

In a sense it was different, but not as much as I was expecting. I liked it anyway. It wasn’t very much what I thought it would be: not regarding the story, not the setting, not the autism (at least not exactly). I still managed to feel warm after finishing it, and I think when reading a Christmas themed book, this is probably one of the most important things.

The first half of the book was going on pretty slowly, and many times I felt we were never gonna get to the point, but the second half made up for it. Actually there was a huge plot twist that came completely out of the blue and I was just blinking, like what the hell? Some minor plot twist came later, too, and actually, I felt some of them a bit unlikely (especially the major one), but it was fun, and I didn’t have to suspend belief THAT much. Just enough for a Christmas tale. 🙂

The characters were good, though not ones I felt very strongly for. They all had their own individual personality, though, and the fact that I didn’t feel particularly attached might be because of the relatively short length of this story. (It’s more of a novella than an actual novel.) At first I wasn’t too happy about the several POV either (there are three narrators, Enid – the woman with Asperger’s, her love interest Fred and her sister Bess), but by the end it didn’t bother me anymore. One thing I should point out though: the whole time I felt like I was reading about way younger people. When I learn the fact that these people were all around 40 and above, I was actually surprised. Somehow because of the style, or the thinkink of the characters, or I don’t know, I had the feeling I was reading a new adult novel. Actually, if I only read a couple of lines, I might have thought it to be young adult, but of course it was obvious from the start that these are adults and not teenagers. It maybe made sense for Enid, regarding her condition (she might seem at times childlike because for obvious reasons she doesn’t get the social interactions/attitude), but it didn’t for the others.

There’s one thing I couldn’t make sense of: there are 3 narrators, Enid, Bess and Fred. Or, I should say, 3 narrators, Enid, Bess and somebody unknown talking about Fred. These are 3 POVs, and though according to their writing it would be impossible to distinguish between them, it would be okay with me, but… why Enid and Bess talk for themselves and Fred doesn’t..? What did the author want with this? Is there a reason? It bothered me pretty much, I kept forgetting I was reading about Fred, because I always expected him to talk in the first person, too. It would’ve been okay if it had some purpose, but I simply couldn’t figure out what it was. Except for this his thoughts and acts were delivered the exact same way the others’ were. We didn’t know any more than he knew, saw and thought. I just…don’t get it.

Otherwise, I enjoyed this little book pretty much. It was a good Christmas read.

This is a light read that’s completely fine for a cozy christmasy romance story, but it has a protagonist with Asperger’s Syndrome. I love that it doesn’t get incredibly serious because of dealing with a condition like autism, yet it doesn’t shy away from it either and we get to see the downsides of it in the middle of all the sweet holiday spirit.

Fans of holiday themed books, cozy romances – especially if you’re bored with all the stereotypical heroines in these.

‘White Christmas’ by Bing Cosby. I wouldn’t say it matches the whole book, but this is the feeling I was left with at the end.

I’m not overly enthusiastic, but I think I’ll read Rebecca Boxall again. Next Christmas, maybe. (She seems to have written an awful lot of Christmas-themed books!)

Do you like to read holiday themed books? Do you read during the holidays, or is it impossible with all the family around? What do you think of these? Let’s talk! 😉

9 thoughts on “‘The Christmas Forest’ by Rebecca Boxall”