Okay, so I’ve been way more busy in the last couple of days than I expected, but here’s the post I promised my dear Shalini to create today! 😉

It’s a book blitz for the book ‘Sylvana’, written by Sian B. Claven.

Diana and Robbie are tired of moving their family of five around. When Robbie is offered a great job, and permanent position, they must find somewhere to stay temporarily while they house hunt. Aware of the gruesome murders that happened in the Metz family house, they move in regardless and instantly regret it. With nowhere to go and no one to turn to, Diana and Robbie must face their greatest horror. A copy cat killer starts to strike around their neighbourhood, just like the Butcher once did, and Diana’s family seems to be right in the centre of it. Where is Sylvana when her tenants need answers? The Butcher might just strike them where it hurts most before they get the answers they seek.

Diana
When Diana saw the flashing blue lights outside her house, she panicked. James was home and Robbie wouldn’t be back until later, so as a mother she assumed the worse. She sped up and held her breath until she realised the cars were parked outside her neighbours’ house and not her own.
The police had marked off the area around their neighbours’ and, as they climbed out, Clinton asked, “What do you think happened? Do you think Lincoln is okay?”
Diana shook her head. “I’m sure he’s fine, baby. Why don’t you take Charlie and go check on your brother while I see what’s going on.”
She walked the short distance between the two houses and saw a nurse standing there, a cardigan wrapped around her shoulders. She had tears streaming down her face, crumpled tissue in her hand, dabbing at her wet nose, and her breaths were coming out short. Diana recognized her as her next door neighbour; she had seen her whenever they took the garbage out. Diana felt quite bad now, not knowing what her name was.
Quickly she made her way towards the woman. She was briefly stopped by a policeman before the nurse waved him away and said it was fine.
“Are you okay, sweetie?” Diana asked, putting an arm around her shoulders.
“Oh … oh … it’s Lincoln,” she sobbed. “He’s dead,” she managed to get out.
“What?” Diana gasped. “How? What happened?” she asked without thinking. “Never mind. I am so sorry …”
“Megan,” she said, hugging Diana and sobbing into her shoulder. “He was murdered in his bed,” she revealed between gasps for air. “I found him … someone cut off his head and cut out his tongue and … oh, my poor baby …” She burst into renewed sobs and Diana couldn’t make out another word after that.
She stayed with Megan until a family member arrived and took over. Diana quietly excused herself and went home to check on her children. She felt nervous; the murder was seriously familiar to those she had heard about when she rented the house.
Once home, however, she found her three children setting the table for dinner. James had a big smile on his face and was telling Clinton stupid jokes. Clinton was half listening, smiling as well, but his mind seemed far away.
“Clinton, honey, we need to talk …” Diana said, taking her son by the hand and leading him to the living room.

Hailing from Johannesburg South Africa, Sian B. Claven has enjoyed stories for all her life, whether she was reading them or making them. She has written for as long as she can remember, but Ensnared is the first book she decided to publish. Moving towards writing more for the horror / paranormal thriller genre, Sian has subsequently published the first two books in The Butcher Books series, Tatum and Kallista. When Sian isn’t thinking of ways to terrify people, she enjoys writing science fiction stories, poetry and rather long and gushy birthday wishes. When she isn’t working on her writing you can find her knitting, scrapbooking, reading, or playing Xbox. Sian previously reviewed for The Blithering Bibliomaniacs and still reviews in her private capacity. She clearly doesn’t know what the words rest and relaxation mean, at least not in the traditional sense.

Buy Link
Add it to your TB

This book blitz was organized by Digital Reads Blog Tours! 😉 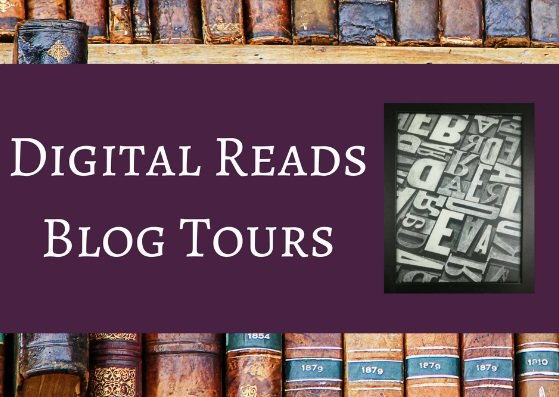 Let’s go and get the book and find out more about the author! 😉

2 thoughts on “Book Blitz: ‘Sylvana’ by Sian B. Claven”