I received this book from Beachwalk Press, Inc. via Netgalley, in exchange for my honest and unbiased opinion. 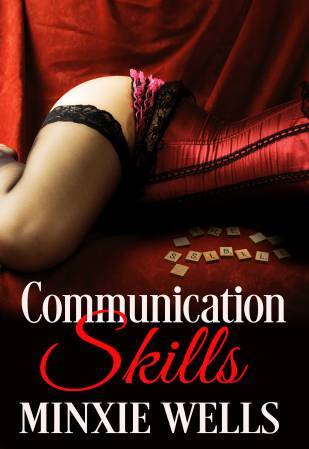 I’d probably have never known about this novella, if it wasn’t on NetGalley, and since it was in the ‘Read Now’ section, I though, what the hell. I download it, see what it’s like.

Weird thing is, it felt both too long and too short at the same time. I lost my interest a bit by the end, so the way it was written it really could’ve ended a little earlier. On the other hand, I still see the potential of this story, this idea, and I think some things could’ve been improved, had there been enough time to develop, explain and show everything.

The way it actually is, though, was a disappointment. I can’t really put my finger on why exactly, but I felt detached almost the whole time. I didn’t feel the chemistry between the main characters, not really. Kira, the female protagonist talked about wanting him, about wanting to be his submissive, and a lot of things like these, and at the end of the day, I just didn’t buy it. I didn’t feel like she – as it’s told – found (or was on the way to find) her submissive self after a lifetime of pretending to be strong and independent. It felt like somehow in the middle she just lost her personality. Or rather, like she was actually continuously persuading herself that this was what she wants. She didn’t seem like someone who would ever be a sub.

Grahame, her ‘Dom’, was even worse. His ‘plays’ were not so much simply sadistic, as they were outright cruel and emotionally abusive. He even had his own rule for the safe word, making it a tool of emotional bribery, rather than what it should be by name. Because of this, I couldn’t see the two characters’ relationship as something consensual between mature adults, and from the moment I got to know this, I couldn’t enjoy any of their scenes/plays at all anymore.

For a long time I thought the only stronger point of the novella was the story itself. See, I couldn’t let go of the idea of the setting, this board game and wordplay stuff, because it felt original. By the end I had to admit that unfortunately, it was too disproportionally executed. I wasn’t a fan of the time jump around the middle to begin with, but the ending left me unsatisfied () even more. This is not a whole, round story this way.

As I’ve already said several times, I like the idea of these Scrabble plays and finding the right words to communicate. Even though it’s not that well-executed, it’s still a good idea, and because of this, the novella has its moments.

If you generally like BDSM-themed stories, and don’t mind an actual abusive relationship in it, then go, read it! You’ll probably like it more than I did.

‘Red-light District’ by Porcelain and the Tramps

It’s a very indecisive…maybe? I’d read something else from the author. I can’t shake the feeling that there’s a bit of potential here. Should be seriously worked on, though.

Have you read this book? What did you think?